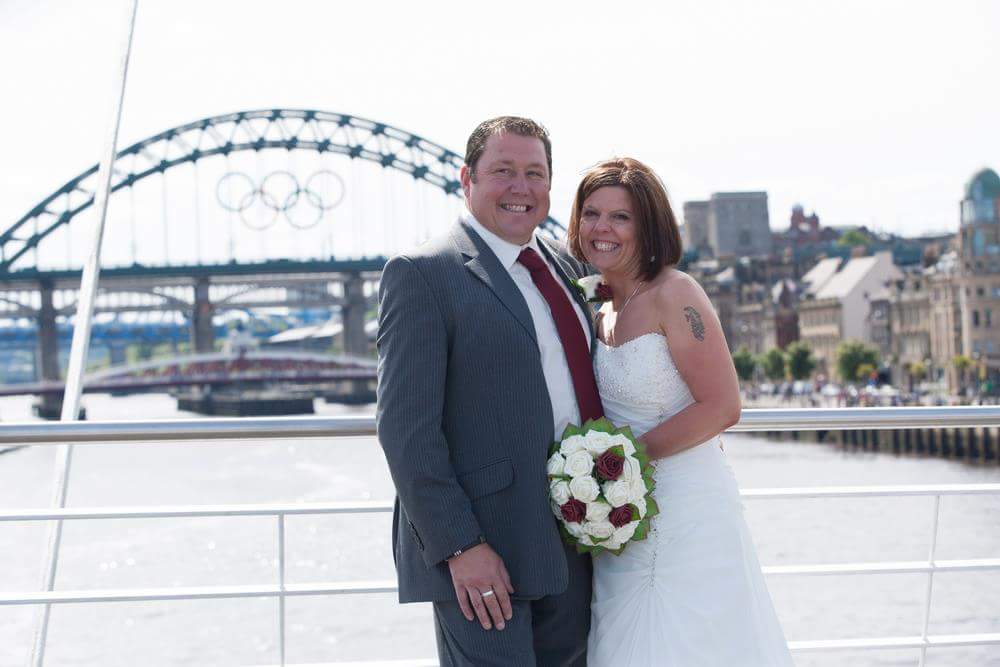 Until the summer of 2012 I was really quite healthy. I got married to my soul mate and honeymooned in Barbados but whist out there caught a virus which for three months after affected my lungs and breathing. I returned to work on a strict asthma regime and was quite happy.

Sadly in March of 2013 my Myasthenia nightmare roller-coaster began. Whilst at work one afternoon out of the blue I began to experience blurred and double vision. I put up with it for awhile just thinking my vari vocal glasses needed changing but after a week I went to see my optician. It was hard to explain the feeling I had when I was trying to read and when I felt tired it seemed my eyes were “dancing”.

My optician was alarmed though and immediately set the ball rolling for further investigations with my local hospital. Few things were on his mind, the first being a small stroke, now in 2007 I had experienced two small neurological episodes that mimicked small strokes that they put down to stress. Second, my aunty died with Multiple Sclerosis many years ago, and the third to be checked out was a brain tumour.

After various scans and many weeks of stress waiting for results it proved to be none of the above.

Back to the drawing board!!!

This is where the frustrations began as my GP and local hospital were unsure on the next course of action. It was finally settled that I was to be sent to another hospital that has a dedicated eye department across in Newcastle Upon Tyne. Here I was fitted with a prism and told to come back in three months which I did and it was then that my eye consultant first mentioned that it could be MG.

I was referred to my neurologist who sent me for a barrage of further investigations, which took another 6 months in total, at this point I felt like a pin cushion for the amount of blood tests I undertook. In the meantime he also started me on Pyridostigamine (Mestinon) three times per day.

Alas the blood tests showed no raised antibodies (now I realize I was sero-negative) so the next step was an EMG.

HURRAY!!!  This proved that I did have Myasthenia. Now I wasn’t happy I had this condition but at least I could have a treatment regime put in place and at the time as I did not understand it fully I thought I could be cured. How wrong was I ?!!!

Well, I have a pet name for my MG and the antibodies. I call them the “RADGEES” now I live in the North East of England and radgee means and undesirable or nicer way to put it “a person who is a little bit naughty or troublesome”, perfect for these blighters. Well these pesky little things really took a hold of me and what started out as mild OMG (Ocular Myasthenia Gravis) now became generalized MG. It was though they had been asleep and now wanted to party all night on my muscles.

WOW what a difference in a few months, my arms, legs and swallowing (had two major episodes whereupon first aid had to be called upon and the Heimlich maneuver had to be carried out on me as I choked on fruit) had now been affected.

My medication was reviewed again and I was started on Prednisone as well as increasing my Pyridostigamine to 5 then 6 per day (one of the main side effects of the steriods I take and one I find hard to get my head around is my “moon face” and weight gain). This did have some affect but after a few more months and another set back of chronic fatigue and constant dancing eyes it was discussed and I began to take Azathioprine (Imuran) another immune suppressant.

I have been lucky until now in the fact that I was never a person who caught any bugs or germs I always said that I had a “cast iron body” and as I work in a school the likelihood of me catching virus is higher than normal. Well that mantra has caught up on me and I have had more viruses than ever lately, one after another after another.

Well, I am nearly up to the present day… phew….. 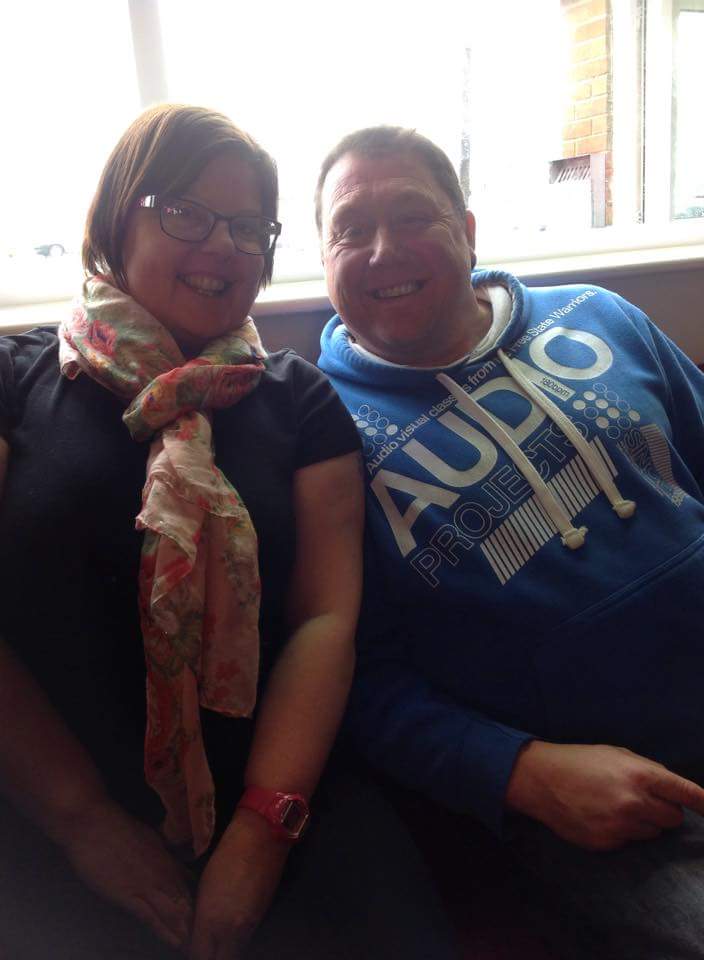 I was warned about the side effects of Azathioprine (Imuran) and after much deliberation and heart searching and the fact that I may see light at the end of this long and life-changing tunnel, I decided to start the course on a dose of 75 mg each day, followed by a weekly bloody test for but on the 3rd week of taking the drug I continued with this regime and up until the 3rd week of taking this drug I felt fine.

Week four: So this I began to feel nauseous. I then developed a sore throat, mouth ulcers, cold sore, horrific upper body rash, nose bleeds, itchy ears, aches and pains in lower back, tightness of chest – all in the space of a week and stupidly thought I’d caught another bug. I eventually went to see my GP again because my peak flow reading for my asthma had dropped and felt my breathing was being compromised and my steroids were increased in the short term.

I then had a routine appointment the day after to see the neurologist and we discussed where I was at with the MG and the medication. The plan was to remain on the 75 mg until he had confirmation my blood tests were normal and increase to 100 mg if they were and to return in 8 weeks.

I was elated, I actually felt I had turned the corner and the light at the end of my tunnel was getting brighter.

Today I had an urgent phone call from my GP to say my last blood tests were extremely abnormal and my liver function was three times over the normal limit, to stop taking them immediately and I was to be referred back to the hospital ASAP.

The word worried isn’t ambitious enough for how I felt and I had researched this drug inside and out so I knew there could be complications with taking it, but I never though I could be the one to have any problems with it. So back to the drawing board. Further investigations in store next week to see if it has been permanently damaged and a new medication regime to be discussed and put in place.

Shock, horror, frustrated, are just a few words to describe how I feel at this moment and I wanted to make this positive. But as you and I know when you are faced with a life changing and challenging condition this isn’t always the case.

So I am going to try to end on a positive note.

In the midst of all this I seen an advertisement for a Zip Wire Slide off my local bridge to raise awareness and sponsors money of MG to slide down a wire 230 m from a local bridge to a Quayside below. Now this in itself is a challenge not only because I have this condition but on top of that I have a fear of heights and a fear of getting my face under water.

Hmmmmmm…. You may ask me, Why are you doing this?

Well, I feel at the moment that this condition is ruling my life. I hate it with a passion and the only way I am going to vent my frustrations is shout it to the world. So what better way can I do it? Well you’ve guessed in my loudest voice and wearing my Myasthenia t-shirt I will scream with all my might:

My daughter has very kindly agreed to be my press photographer, so watch this space for pictures of me making a complete and utter fool of myself.  🙂