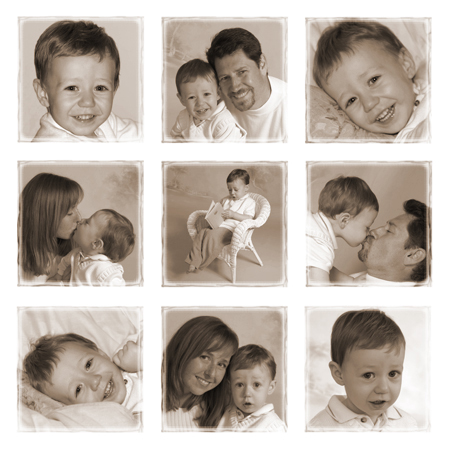 My journey with MG began after the birth of my second child. I didn’t get the regular 6 weeks off that most moms get because my husband and I own our own business. I think that physical stress and lack of healing time may have been the trigger for me though I did have the occasional droopy and wandering eye even in high school.

I was exhausted and couldn’t get out of bed and I honestly thought it might be post-partum depression just because of the timing. I got an anti-depressant and quickly realized that was not the problem. That drug made me feel crazy and not at all better.

First signs of eyes at half mast and heaviness from the exhaustion.

So that started a 5 year search for the real problem! I was dropping dishes when trying to unload the dishwasher. I struggled with folding laundry because my arms felt like they had lead in them. Everything that I did, day to day was a struggle. I went to many, many doctors and if it wasn’t cancer or lupus than they didn’t have an answer. When I was sick, it was so hard to keep fighting for a diagnosis. I would stop for 6 months at a time before gathering the energy to try again. Along the way, I found that diet changes made a huge difference, though it wasn’t a smooth transition. I gave up flour one Lent and felt great. So after Lent, I figured I should go gluten free. But that didn’t do the same thing for me so I gave it up. The next year, I went vegan for Lent and that made me feel horrible because I ended up eating a lot of pasta and bread which causes inflammation in me and kicks off my immune system and MG. Finally on the third year, I tried flour free again and have stuck with it since. I felt better but was still sick.

With that bit of energy from the diet change, I went to the internet and found out about MG. It was by far the best description of what I was going through. I self-referred myself to a specialist and finally got answers. I am sero-negative but the doctor listened and gave me a trial of Mestinon. It was like a wonder drug. I lost 40 lbs (left over from baby 5 years earlier) in about 4 months. There was a diet change but mostly I could move again! I had a full year of feeling great on just 3 pills a day.

Then, the MG flared horribly. I was given Prednisone and that was not the drug for me though it does help many people. I had to get off of that and just recover very slowly. It did finally happen though after about 5 months and several Mestinon tweaks. I take a lot more now but of all the MG drugs, it is the one without serious side effects, so I’ll take it! One of the hardest parts about this disease for me is the fluctuations. Some days, and when I’m lucky, even some months, I can feel almost normal. I still can’t go to 4 stores in a day or do shopping and bring the kids to the park in the same day but my new normal is one activity in a day and that is a good day. Then there are the days when I feel like I have been hit by a Mac truck. I can’t predict it and those are hard to deal with. It is difficult to get others to understand as well because I save my energy for certain activities or events and people see me up and moving. There is lots of rest and heavy limbs that go along with any outing.

I have found that along with medication, I have had to completely change my diet as well as try to learn to slow down which is challenging for me. I have found that a diet close to a paleo diet is best for me. I don’t eat any flour of any kind, no processed foods, avoid certain oils such as sunflower oil. I like green smoothies and juicing as well to get all the fruit and vegetables in that are recommended by Dr. Wahl’s (she talks about MS, but it’s still applicable to MG). I am not full paleo because I like my ice cream and it really is my only indulgence left. If I have even a little flour or any inflammatory food, it kicks my immune system into gear and then my MG. It took my years to figure out because I am not allergic to wheat but the immune response of MG makes it so I can’t breathe when I eat it. There is not much written on diet and MG, at least not from an official stand point, that is why I wanted to talk about it here. Everyone will have different triggers but finding the triggers can make a world of difference in the quality of life for a person with MG. And with a chronic illness, quality of life should be discussed as well as just keeping us breathing! 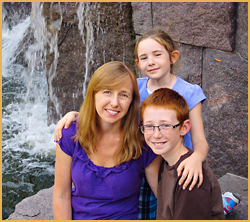 A more recent photo,
before latest exacerbation.
Visiting the Roosevelt Memorial with my kids on a good day!

Thanks for letting me share my story. I hope it is helpful to someone.