This is her story of how she was diagnosed. 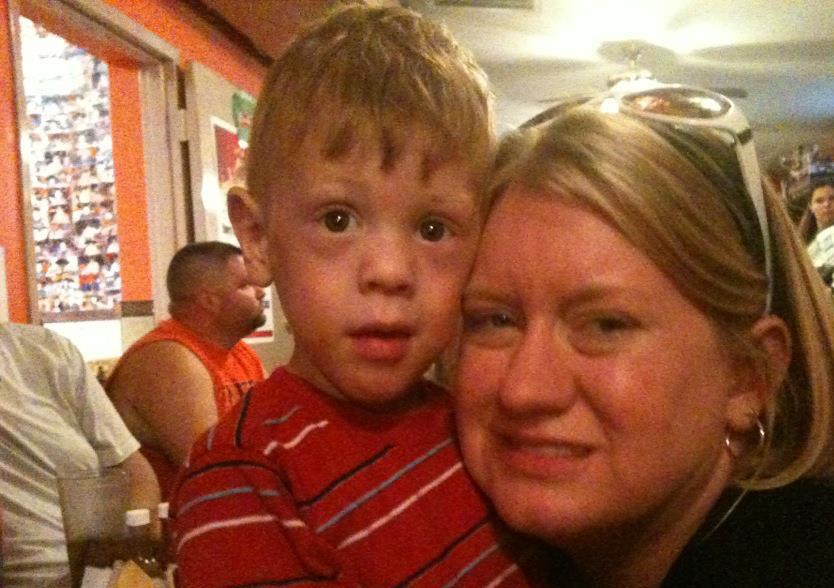 Michelle with her son.

I was pregnant with my second child and was having a lot of weakness and trouble breathing. I just thought maybe I was carrying him funny and didn’t think too much into it. I was 25 weeks pregnant when I saw my OB GYN. She noticed by blood pressure was through the roof and diagnosed me with preeclampsia.  I was life-flighted to a hospital with a NICU and maternity emergency room.  They gave me IV magnesium to try and bring down my blood pressure. About 2 hours after they started that, I could not breath.

They felt like I was having a panic attack and gave me Ambien to help me sleep. I almost immediately went into respiratory failure.

I didn’t have to be intubated, but was placed on 5 liters of oxygen with a mask.  They decided the baby had to come out because I was so sick. So I delivered my little miracle.  He weighed only 1 pound 13 ounces.  I did better after I delivered and they stopped the magnesium and I no longer required oxygen.  The baby was placed on a ventilator.

About a month into his NICU stay, I woke up one morning with severe double vision and droopy eye. I thought I had had a stroke. I went to my family doctor who also thought I had a stroke, so she ordered an MRI. Then I saw a neurologist who immediately knew when she saw me, it was MG.

My baby had been on a ventilator all this time, 6 weeks!!! When I told them about my MG, his NICU doctor finally knew why he couldn’t breath on his own!! They were able to finally wean him from the ventilator!! Yay!!  He is a rambunctious 3 year old now, doing just fine with no lingering MG symptoms.  🙂

Michelle’s story highlights the need for awareness among medical professionals and the importance of proper diagnosis.  Michelle was given IV magnesium, which is incredibly dangerous for individuals with MG.  Then Michelle’s increase in symptoms were disregarded as a panic attack by medical professionals.  Which is a scenario that, unfortunately, occurs very frequently to women with MG.  Respiratory symptoms brought on my Myasthenia Gravis are often disregarded as “panic attacks”, by medical staff.  This is a serious issue in our community.

Due to the false assumption that she was having a panic attack, Michelle was given Ambien. A medication with known complications with MG.

The combination of these two things could have taken her life.  Thankfully it didn’t.  And she was able to eventually receive a proper diagnosis, which led to her son receiving improved care as well.

According to the Myasthenia Gravis Foundation of America (MGFA), Transient Neonatal MG occurs in 10-15% of babies born to mothers with MG.  Maternal antibodies that cross the placenta late in pregnancy cause the condition. As these maternal antibodies are replaced by the infant’s own antibodies, the symptoms gradually disappear (usually within a few weeks) and the baby is normal thereafter.

Infants with severe weakness from transient neonatal MG may be treated with oral pyridostigmine and whatever degree of general support (mechanical respiratory ventilation, etc.) that is needed, until they improve.

Infants with transient neonatal myasthenia gravis do not have an increased risk for the long-term or future development of MG.

Thankfully, Michelle and her son survived the initial problems with misdiagnosis.  But their story is an excellent example of why we need increased awareness.  Thank you Michelle, for sharing with us.

1 thought on “My MG Story – by Michelle Parker”